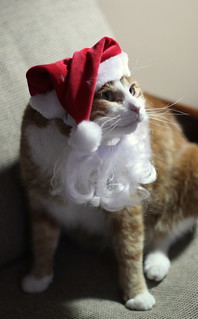 Christmas is almost there, so we decided to make a few releases for some of our tools.

Circus is a process/sockets manager on steroids.

It's been a long while since we wanted to release Circus 0.6 -- this is a big release that bring in a lot of fixes and some exciting new features:

Vaurien is a TCP proxy you can use between a web app and a backend (like a database), to slow down or break the connection.

We're currently using Vaurien to see how the Marketplace app reacts when something goes wrong in the backends.

Vaurien is now organized in protocols and behaviors. A protocol is a plugin used to process a request sent to a specific backend- like mysql, redis etc.. A behavior is a class that degrades how the proxy works, like adding a delay on every request.

This new version fixes some bugs and adds more protocols.

Chaussette is a WSGI server with many backends like Gevent or Waitress. It can be used in conjunction with Circus Sockets.

This release has 2 new features:

Boom! is your Apache Bench replacement. It's based on Gevent so you can send a fair amount of load.